Keoladeo National Park is undoubtedly one the best places for Birding in India. Keoladeo is named after the “Shiv Temple” which is in the premises of the national park. The park hosts thousands of migratory birds every year that fly down from not just India but all over the world to reach here for breeding mostly during the winter season. Some birds fly thousands of miles to cross vast span of oceans. Some birds fly as high as 8000 meters above the sea level to cross the great Himalayan ranges to reach Keoladeo National Park and considered amongst the greatest migration journeys!

A world heritage site, this 29 sq km park has more than 350 species of birds out of which around 120 species are migratory birds. Apart from birds, there are many other species of amphibians and invertebrates that can be seen here. The park was originally made around 250 years ago as a hunting ground for the Maharajas of Bharatpur and recognized as a reserve only in 1971. There are many mass killings recorded in the history. Of these, the most dreaded one happened in 1938 when more than 4200 birds were shot in a single day by the then Viceroy of India.

The park has both wet and dry areas. You can distinctively feel the difference through the change in the species of birds that stay in these areas as you move around. There was a severe drought in the year 2007 in the park and many migratory bird species had not visited the park during that year. Later on, the Governments realized the importance of this unique ecosystem and decided to address the issue. The water level in the park since then is artificially maintained and water is sourced from nearby water bodies. However, over the years it is seen that some significant species of birds have stopped visiting the park such as Greater Adjutant Stork and Siberian cranes.

For TD this was nice and short few hours drive from Gurgaon to Bharatpur. We had left from home in Gurgaon at 5 pm and reached Bharatpur around 10 pm. Though, we had taken a detour in between and went to Mathura to have some nice food around Holi gate and buy Pedha and Sonepapdi (highly recommended trying this once) from Brijwasi sweets.

Below are some clicks I managed to take in the 4 hours spent in the park! 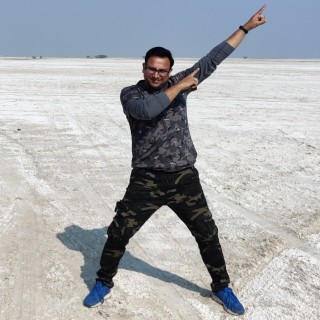